Weibo translated means microblog and is the Chinese equivalent of Twitter in China. There are 2 major Weibo’s being the Sina weibo and the Tencent Weibo.

There are a number of smaller Weibos such as the Sohu Weibo However the two Weibo’s with the largest user-bases are Sina Weibo and Tencent Weibo. The Tencent Weibo reached over 150 million users a month before its Sina Weibo rival, which is likely due to its integration with China’s popular Tencent QQ messaging system.

The Chinese Weibo’s become popular after Twitter was blocked in China, Some of the features Weibo shares with Twitter include the possibility of posting 140-character long comments, pictures and videos.

Sina Weibo users includes both Chinese and foreign celebrities, students, businessmen and started with a strong presence in 1st tier cities and expanded its influence across China.

Tencent Weibo began with a larger user base coming from QQ integration from 2nd and 3rd tier cities its losing influence to Sina Weibo and Tencent’s WeChat platform. 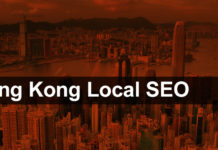 Why link exchanges are not always good for your site

ABOUT US
Our team at Asia SEO have been providing SEO for over 10 years, We have skilled team members based in Bangkok, Hong Kong, Singapore and Shanghai.
Contact us: [email protected]
FOLLOW US
© 2020 Asia SEO